Spaulding for Children, a private, non-profit child welfare agency was established in 1968 when several entities, each seeking a way to make life better for children without families, joined together. These entities created the most innovative agency of its time.  Warren Spaulding, an 84-year-old bachelor farmer with a centennial farm outside Chelsea, was searching for a way to use his farm and home to help children during his lifetime.  Adoption professionals and parents attending the Frontiers in Adoption conference in Ann Arbor, led by Peter Forsythe and his wife Joyce, had identified a need to find permanent families on behalf of older children and children with disabilities that were growing up in foster homes and institutional care. This group eventually formed the Council on Adoptable Children (COAC).  Dorothea Pielemeier, a close friend of Warren Spaulding, was the catalyst that would bring these two groups and the Chelsea community together.

Meetings between Warren Spaulding, the Chelsea community and Ann Arbor adoption advocates led to the decision to found a private child welfare agency that would work toward finding permanent, safe homes for children deemed “unadoptable”, the children who were falling between “the cracks” of the existing child welfare system. Warren Spaulding’s legacy would become Spaulding for Children. Spaulding’s first offices were in the centennial farm house where Warren Spaulding continued to live.

On Sunday, February 4, 1968 Spaulding for Children was officially established with the signing of its articles of incorporation. On April 26th it held its Community Kick-Off dinner; in early August, Kathryn S. Harr, Spaulding’s executive director held an “open inquiry meeting” for anyone interested in adoption and by September, Spaulding had completed its first adoption. From this time forward, Spaulding for Children began changing the world view of who was adoptable and what families could adopt.

From these beginnings, Spaulding has become internationally acclaimed for its pioneering work in the field of adoption for older children, children with physical disabilities and behavioral problems, sibling groups and minorities. The Agency has provided training and consultation to professionals in England, Scotland, South Africa and throughout the United States of America and Canada. In 1985, Spaulding was designated as the site for the National Resource Center for Special Needs Adoption because of its contributions to the field. Since then, over 200,000 additional people have been trained in Spaulding’s methods and philosophy. Spaulding continuously develops and disseminates new training curricula, publications, and videos that help to set the standard for adoption practice worldwide. 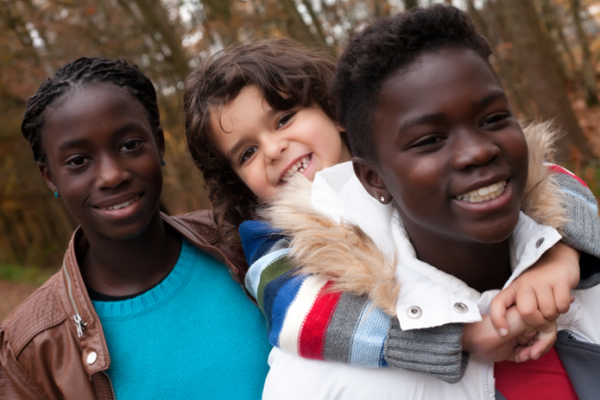 Throughout its history, Spaulding has seen its role as providing services and solutions on behalf of children needing permanence, with a focus on those children and families who were undeserved at a given point in time. With this strategy, Spaulding has been able to influence the world view of who is adoptable and who is able to adopt, as well as what services and supports are needed for a specific population of children and families

When Warren Spaulding died in 1977, he left his farm and life savings of $125,000 to Spaulding for Children.  The Board established the Warren Spaulding endowment fund in 1979 with the settling of his estate.  The Agency received a 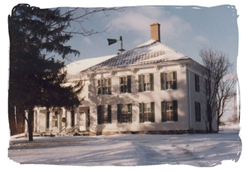 $25,000 gift received from the Pryor Family Foundation in 1982 which was restricted to endowment, and small bequests. Additional endowment contributions were added over the years.  Earnings from the endowment have been used as needed for operations; however, the corpus has remained intact. In fiscal year 1991, land adjacent to the farmhouse was sold and in 1992 the farm was sold to a nephew of Warren Spaulding at its appraised value. The total of this sale (approximately $350,000) was added to the Spaulding endowment. The Agency’s endowment fund was first managed by Society Bank in Ann Arbor, it was later transferred to Merrill Lynch and managed by Lee Yambura. As for January 2017, the endowment is $2.5 million.

Spaulding has never been a United Way agency or had any other back-up source for annual income.  Its original core service of special needs adoption has never been fully funded by the State and purchase of service payments are received only after an adoption is accomplished. With Spaulding’s chosen population being the most difficult, Spaulding has always had to be entrepreneurial in its approach to funding.  Prior to 1979, the Agency relied on the Edna McConnell Clark Foundation and private donations for base funding. The Mike Lucci Golf Tournament, started in 1970, was the Agency’s primary source of unrestricted revenue and played an important part in the Agency’s annual development strategy.  In 2000, after 30 years, the Mike Lucci Tournament ended surpassing all previous fundraising records.

Despite its large reputation in the field of special needs adoption, the Agency was very small with an annual budget under $200,000 in 1977. With the help of the Clark Foundation, the Agency hired its first Development Officer in 1977. After groundwork was done in establishing the Development office, the Agency applied to the Kresge Foundation for a capital improvement grant to restore the Agency’s base and the farmhouse, which was the Agency’s main office.  Spaulding was approved for this funding in 1980. This was a relatively small project of $200,000 ($100,000 Kresge Challenge Grant), but gave the Agency the impetus necessary to grow.  From 1980 to 1985, the Development Office concentrated on grantsmanship, as it was clear that the Clark Foundation was changing priorities for funding and new sources would need to be cultivated.

Grants from Detroit area foundations facilitated the Agency’s expansion of services to Detroit and this expansion enabled greater participation in the State’s adoption purchase of service system.  From 1980 to the present over $3,000,000 has been raised in private foundation grants.  Additionally, the Agency has obtained over $75,000,000 in federal grants since 1985.  In the period from 1987 to 2000, Spaulding raised an additional $6,000,000 from private and corporate donors, including the annual Lucci Golf Tournament, the “Families are Golden” event, which recognized individuals who had made a significant contribution to the field of adoptions, a 3-year $300,000 commitment from the Burger King Detroit area franchisees, the Partners Campaign, and annual appeals.  In 1993 Spaulding was accepted into the Combined Federal Campaign (CFC) due to the Agency’s national programs and services. This allowed the Agency to be in the workplace campaign for all federal employees and the military throughout the world.  Through this program, we added over 100 new donors in the first year. The Agency receives approximately $20,000-$80,000 in annual giving from the CFC.  Spaulding also participates through a new federation, Children’s Charities of America along with the Child Welfare League and other national children’s programs. In 2016, Spaulding embarked upon a new fundraising strategy, Community Story Concerts for a Cause.  This new concept integrates the power of the arts with community organizations to promote important causes. Spaulding’s first story, entitled “The Tapestry, a Musicians Journey” was held in November 2016.

Spaulding’s long standing commitment to its diverse fund raising strategy, has resulted in the agency only being dependent upon the State of Michigan’s purchase of service system for 37% of its annual revenues; the federal government for 57%, foundations for 3%, contributions 2% and other 1%. As of December, 2017, Spaulding’s had a total budget of $8,937,469.00. This diversity in funding allows Spaulding to be less vulnerable than other child welfare agencies to State budget cuts.  The Agency proactively applies for new grants each year as well as seeking out new relationships that can assist the Agency in meeting its financial goals.

For more information or to refer someone to the program see contact information and form below: