Why We Oppose the Aderholt Amendment

You are here: Home / Newsletter Articles / Why We Oppose the Aderholt Amendment 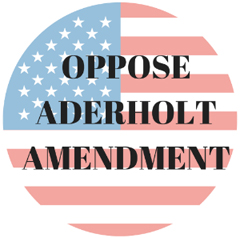 A measure recently introduced in the U.S. House of Representatives, the Aderholt Amendment will harm the 118,000 children in foster care waiting to be adopted. If adopted, the law would allow service providers to turn away qualified adoptive and foster care parents based on religion, marital status, sexual orientation and gender identity limits the number of permanent homes for foster care children.

Additionally, this amendment encourages young people to hide their sexual identity to ensure future adoptions, causing further damage. Further concerns include how far of an impact will be made on the aforementioned communities due to a lack of direction. Putting personal beliefs above the needs of America’s vulnerable children ultimately harms all children in foster care.