You are here: Home / About Us / Management Team 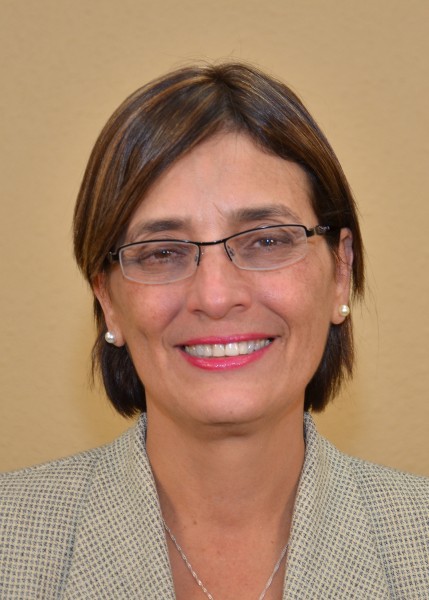 Ms. Peixoto has a background in teaching and counseling and over 30 years of experience working with families in a variety of settings. Ms. Peixoto began her professional career after earning a degree in clinical psychology at the University Newton Paiva and a master of science degree with emphasis in Childhood Psychiatry and Psychology at the Federal University of Minas Gerais, Brazil. Before moving to the USA in 1989, she worked with abandoned children and held an Adjunct Professor position at the University Newton Paiva.  Ms. Peixoto started her career in child welfare services in the United States in 1991 as an adoption specialist, and moved on to various management and leadership positions.

Ms. Peixoto has a solid record of working collaboratively with local and state stakeholders to improve child-welfare services. Ms. Peixoto joined Spaulding for Children in 2010 as Vice President of Child and Family Services and became President/CEO of Spaulding on 1/3/2017. 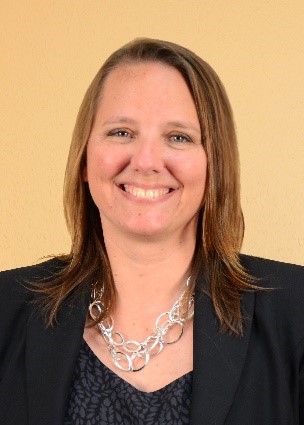 Ms. Bruce, directs the financial operations for Spaulding for Children.  Tina’s focus is creating efficiencies and adherence to best practices not only in finance but also throughout other operational areas within the Agency.

Prior to joining Spaulding for Children in 2015, Tina worked for the Michigan Association of Public School Academies (MAPSA) and Michigan Nonprofit Association (MNA).  She bring over 12 years’ experience in nonprofit finance, human resource and operations management.  Tina holds a Master’s of Business Administration in Public Accounting from Cleary University. 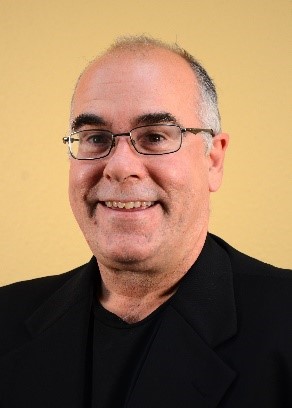 Mr. Henneman joined Spaulding in 1999 and has worked to support families and communities for over 33 years, including experience in mental health and child welfare. He has been lead on numerous federal grants, including iCARE 365 – Diligent Recruitment, MiTeam Makes Great Families Project – Family Connections and the Infant Adoption Awareness program. He has provided training and technical assistance for the National Resource Center For Adoption and has been involved in developing national curriculums on resource family preparation and adoption. He has facilitated numerous organizational strategic planning meetings to improve organizational outcomes. Most recently he has developed online courses on Infant Adoption, Child Preparation, Post Adoption Services and Save Haven legislation. Mr. Henneman is a parent by birth and adoption. 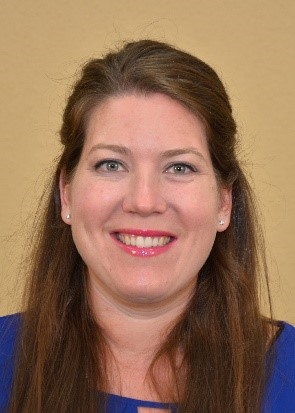 Ms. Jenovai started her career in the child welfare field in May 2005 at the Agency as a Project Specialist under the National Resource Center for Adoption at Spaulding, previously having been at the agency as an intern beginning in 2004. In 2006, she was hired as a Foster Care Case Manager, she was elevated to a Director’s position and on 1/3/2017 was promoted to the position of Vice President of Child and Family Services. Her responsibilities are primarily to oversee the day-to-day operations of the Child and Family Services department. She has 12 years of experience in the child welfare field. 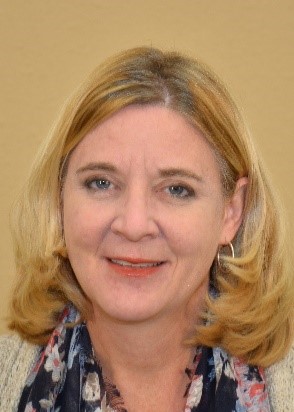 Melinda Lis started her career with Spaulding in July 2013 as the Director of the National Resource Center for Adoption. Once this grant concluded, Melinda became the Project Director for the National Quality Improvement Center for Adoption/Guardianship Support and Preservation housed at Spaulding. Melinda has 20 years of child welfare experience including extensive project development and management on both a statewide and national level. She also has extensive experience developing curricula and training for foster/adoptive parents and child welfare staff. Melinda spent a good portion of her career working with the Illinois child welfare system. During her time in Illinois, she co-founded and managed a not-for-profit agency that assisted the Illinois Department of Children and Family Services with implementation and management of several statewide reforms. After leaving Illinois, Melinda consulted with organizations in New York, Washington D.C., and Florida. She also worked on a national evaluation of court improvement programs. 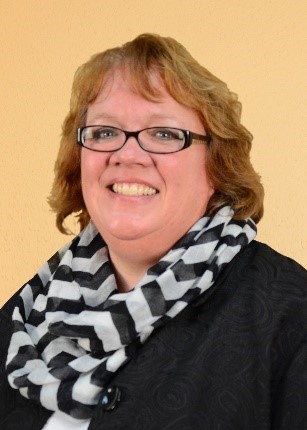 Ms. Bozarth has worked in the child welfare field for almost 30 years. Her career started and remained in the non-profit sector, specifically in child welfare. She worked in two child placing agencies in the metro Detroit area as a Licensing Worker before coming to Spaulding in 1993. She was hired as a Licensing/Intake Worker, promoted to a team leader position and then promoted as the Quality Improvement/Human Resource Director in 2001. She obtained her Bachelor’s Degree from Calvin College and her Master’s Degree from Central Michigan University. 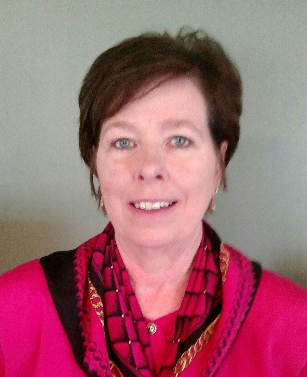 Sue A. Cohick MSW LSW was hired by Spaulding for Children in November, 2016. She serves as the Project Director for The Critical Ongoing Resource family Education (CORE) grant, a 3 year Foster/Adoptive Parent Preparation, Training and Development Initiative grant from the Children’s Bureau, Administration on Children, Youth and Families, Administration for Children and Families, U.S. Department of Health and Human Services. The project will develop a state-of-the-art training program, equipping resource parents with skills necessary to meet the needs of older youth who have moderate to serious emotional and behavior health challenges.
Ms. Cohick has over 20 years of experience in child welfare related fields. She has served as the administrator for two county administered child protective service organizations, and as a senior member for a statewide non-profit organization providing training on best practice interventions in child welfare. She has also used her experience and knowledge to teach both at the undergraduate and graduate level.

Ms. Vaseau was hired in 2006 as a foster care worker. She was promoted in May of 2016 to Foster Care and Adoption Program Director. Ms. Vaseau maintains the overall compliance of Foster Care, Licensing and Adoption. She has worked in the child welfare field for 15 years. 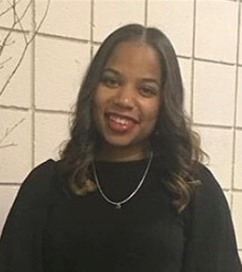 Ms. Brock obtained her Bachelor’s degree from University of Michigan (Ann Arbor) and her Master’s degree from Wayne State University. While participating in her graduate program, Lindsey interned with Spaulding for Children and was later hired in as a contingent Licensing Worker in February of 2015. Shortly after accepting the position, Lindsey was hired in full-time as a Foster Care/Adoption Worker. In February of 2017, Lindsey accepted the position of Intake/Generalist worker, and was promoted to IPP Supervisor in August of 2019. 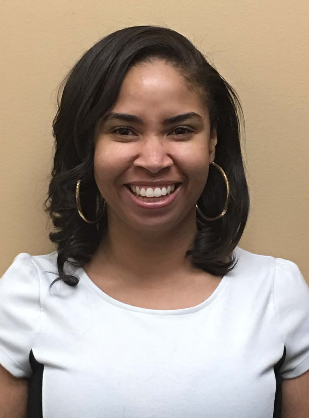 Ms. Burdell began at Spaulding for Children in September 2012 as an intern. She was hired as a Foster Care/Adoption Worker in April 2013 and remained in that position for 3 years. In May of 2016 she was promoted to Foster Care/Adoption Supervisor. Ms. Burdell earned her Bachelor degree from Tennessee State University and her Master degree from Wayne State University. She enjoys working in the child welfare field and seeing families thrive.

Mrs. Corpolongo started at Spaulding for Children in 2017 as a tempt, she was hired in 2018 as an Office Assistant with 32 years of experience in office work/office management after retiring from Dearborn Public Schools. She was promoted to Office Manager in September 2019. 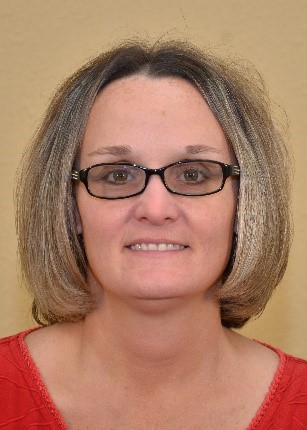 Ms. Land began at Spaulding as adoption worker in 2011. She has been in the child welfare field for 21 years, 15 of those years as a foster care/adoption supervisor. In 2012, Ms. Land was promoted to a Foster Care/Adoption Supervisor. 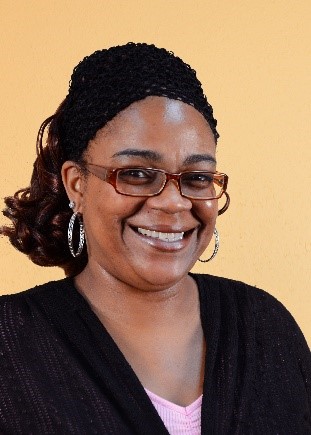 Ms. Mason-Oakes began at Spaulding as a Foster Care Worker in 2002. Prior to Spaulding she worked for Vista Maria and Evergreen Children’s Services. She enjoys working with the families and children who are a major part of the Spaulding for Children’s team. Ms. Mason-Oakes has been in the child welfare field for 21 years. She was promoted to the Resource Family Development Supervisor position on 1/3/2017. 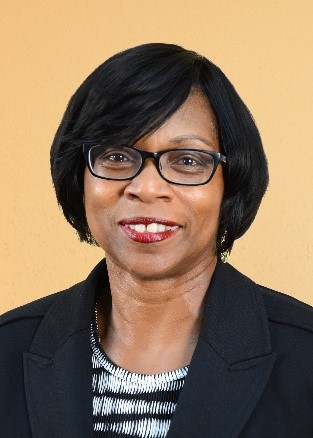 Ms. Morgan started working at Spaulding for Children October 2014. She has more than 15 years’ experience in all aspects of financial operations and analysis, including grants management, budgeting, auditing and trending analysis. She has a Master of Finance Degree from Walsh College.

Mrs. Cohen has 25 years of experience in the field of child welfare. Her work has focused on program development, implementation, and evaluation for children residing in relative foster care and on foster children who have achieved permanence. As a Research Specialist at the Children and Family Research Center, Ms. Cohen focused on the implementation and evaluation of the Subsidized Guardianship Waiver Demonstrations in Illinois, Wisconsin, and Tennessee. Ms. Cohen’s work also focused on the evaluation of post-permanency issues in Illinois for children who were adopted or went to guardianship. As a Senior Research Specialist at James Bell Associates, Ms. Cohen served as a Site Lead and the Cross Site Implementation Evaluation Coordinator for the Children’s Bureau’s Permanency Innovations Initiative. As a consultant at the National Resource Center for Adoptions, Ms. Cohen provided technical assistance to states, tribes and territories that was geared toward developing organizational and service capacity to better address the needs of at risk populations. Currently, Ms. Cohen serves as the Implementation Manager for the Quality Improvement Center for Adoption and Guardianship Support and Preservation at Spaulding for Children. 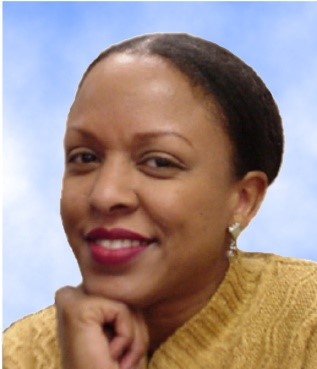 Ms. Parks started at Spaulding for Children in 1999 as an Adoption Document Specialist in the Child and Family Services Division. She later became the Project Manager for the National Resource Center for Adoption, where she was responsible for planning and supervising the strategic and financial management for events and conferences. Ms. Parks also coordinated all of the logistics for the National Association of State Adoption Programs and assisted the Children’s Bureau’s National Foster Care Specialist with logistical support for the Open Adoption/Youth Permanency Grantee cluster group. In her current role as Project Manager, she is responsible for overseeing the administrative aspects of the Academy including supervising the planning, coordination and implementation of activities and events and monitoring of expenditures for the National Quality Improvement Center for Adoption/Guardianship Support and Preservation, a project funded through the Department of Health and Human Services, Administration for Children and Families, Children’s Bureau. 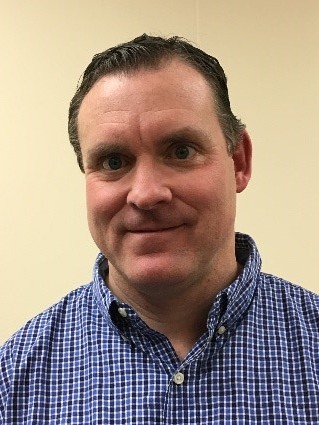