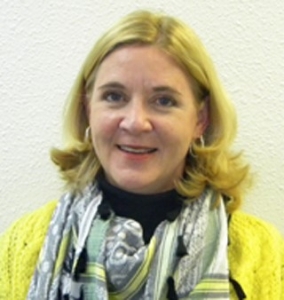 Many who have worked with Melinda Lis, MSW, report she brings together the inquisitive nature and analytical mind of the scientist with the heartfelt compassion and selfless dedication to others of the social worker. Devoted professionally to the welfare of children, Ms. Lis and her husband also have put the approach into practice in their own home as adoptive parents.

Ms. Lis began her work with Spaulding for Children in 2013 as the Director of the National Resource Center for Adoption. Through her office, she led the work to integrate policy and practice in order to help States, Tribes and Territories develop, expand, strengthen and improve the quality and effectiveness of adoption services provided to children in the child welfare system. The focus was to develop and provide new informational and professional resources to drive systemic change that would result in the successful adoption of waiting, abused, and neglected children.

Today the Vice President of The Academy for Family Support and Preservation at Spaulding, Ms. Lis recently served as Project Director of the National Quality Improvement Center for Adoption/Guardianship Support and Preservation (QIC-AG) housed at Spaulding. In that role, she helped develop, test and implement evidence-based interventions and promising practices that serve to achieve long-term, stable permanence in adoptive and guardianship homes, as well as for children and families after adoption or guardianship has been finalized. What’s more, the work has helped educators, physicians, and others better understand children who have suffered separation, loss and trauma.

“One thing we have done is to help move the needle for child welfare systems across the nation,” Ms. Lis said. “They have begun to reconsider how they serve their families, providing more of a continuum of services that span from high intensity to lower intensity support. Perhaps one family needs more frequency in their contacts. Others, perhaps, need a lighter touch. So, we have worked to build a system to help children and their families as they go through developmental milestones.”

The idea is to make available information and resources when needed by adoptive and guardianship families. For successful implementation, the work often requires a direct-service level of interaction to form optimal placements that lead to permanence, as well as measures for the child’s well-being and the family’s well-being.

“When you don’t have systems to help individual families change the momentum of the circumstances they are in, the process for permanence can be difficult,” Ms. Lis said. “Better placements are possible, measured by a child’s well-being and a family’s well-being. To do so, families need ready access to information, guidance, and support. So, when suddenly confronted with unexpected problems or even the problems that almost all families go through, such as when a child enters the teen-age years, everything doesn’t have to change. The ability to draw on reliable data and expertise in the field can make a complete difference and help restore what had been a stable family dynamic.”

Cristina Peixoto, President and CEO of Spaulding, stated Ms. Lis is nationally recognized as an effective leader and as a passionate advocate for strengthening foster, adoptive and guardianship families.

“Melinda’s leadership has helped change the perception of how child welfare systems should serve children and families post permanency through the development of a continuum of services focused on prevention,” Ms. Peixoto said. “The products she has developed and shared, the alliances she has formed, and the excitement she has brought to participants in the process have generated thankful responses, as measured by the testimonials that have poured in to Spaulding about Melinda’s innovative leadership.”

Through her work with QIC-AG, Ms. Lis brought together academic researchers, medical professionals, educators, and child welfare specialists to think critically together – with the goal of creating better child welfare systems.

The people served by Ms. Lis also are willing to go on record with support. Elizabeth Richmond, an adoptive parent and Co-Chair of the Illinois Adoption Advisory Council, wrote about the time the State of Illinois was preparing to reshape its child welfare system in the 1990s:

“I remember being so impressed with Melinda’s level of respect for the parent representatives and how I felt she truly valued our input and opinions,” Ms. Richmond wrote. “Melinda worked extremely hard on a part of the overhaul that would make getting specialized services more standard. Her suggestions allowed both foster and adoptive families a much fairer and quantitative way of seeing services for their children. Melinda’s work also helped hold staff accountable and responsible for the necessary services and support foster and adoptive families need to succeed – not just a payment.”

“To me, it’s not just a job – the work is part of a mission,” Ms. Lis said. “I felt it was something I wanted to do long before I entered college. I never doubted it or thought about as doing what I want to do for a career. I always knew it is what I am meant to do. If a person wants to be part of a change that serves to improve systems or policies or peoples’ lives in new ways, this work offers many opportunities.

“With a social work degree, you can make an impact that also brings fulfillment. You are almost certain to make more money as an accountant or as an attorney, but you can’t get the same satisfaction for trying to make a difference.”